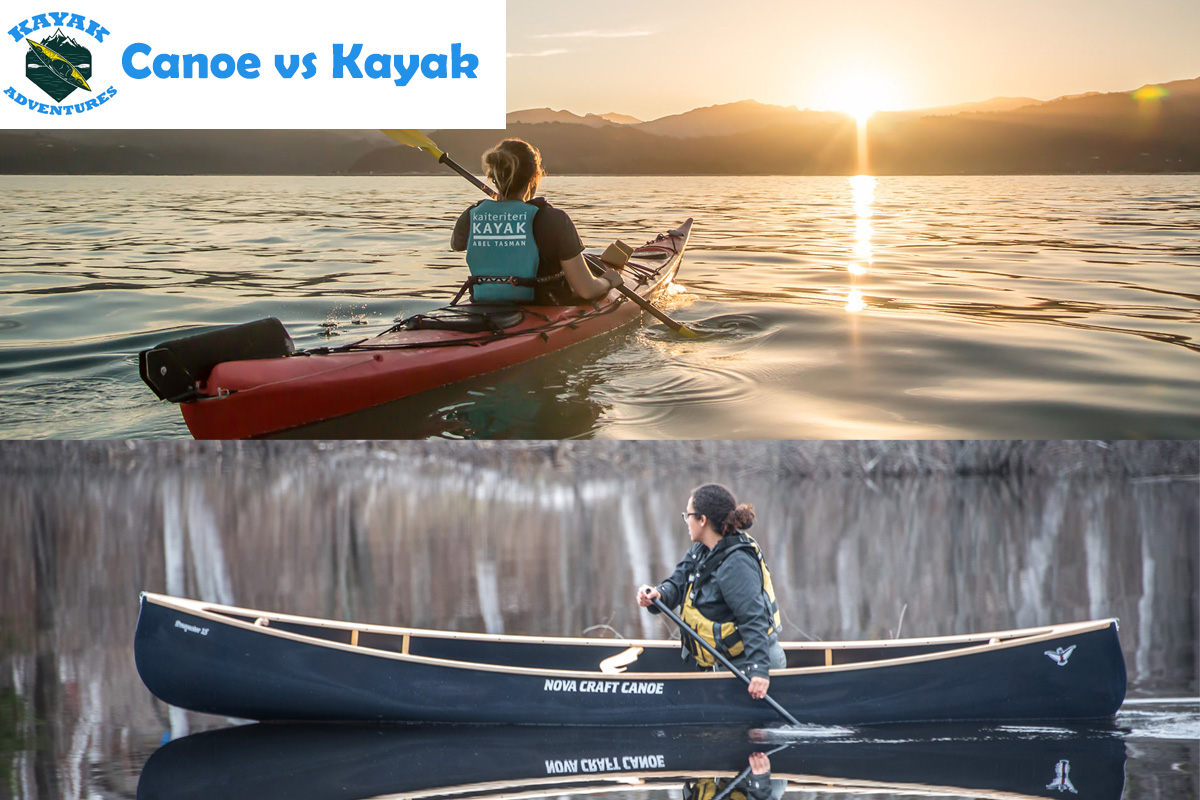 Canoe vs Kayak: What’s the Difference and Which is Better?

Canoes and kayaks are both types of vessels that can be used to enter the water, but it is possible for them to have several key differences. One of the things that make them different from each other is their shape and design.

A canoe is a boat with two or more circular hulls and pointed at both ends while a kayak is a small, narrow boat with one or more cockpits and propelled by a double-bladed paddle. A kayak has a boat-like structure with a covered deck and a smaller cockpit area while a canoe is built more like an oversized trough or bowl with no deck or cockpit.

Both canoes and kayaks are great vehicles to use when in the water, but each has its own set of advantages and disadvantages. The following is some information that will help you compare a Canoe vs Kayak in terms of their pros and cons, cost, and other features.

The answer is not as unambiguous and obvious as it may seem at first glance. 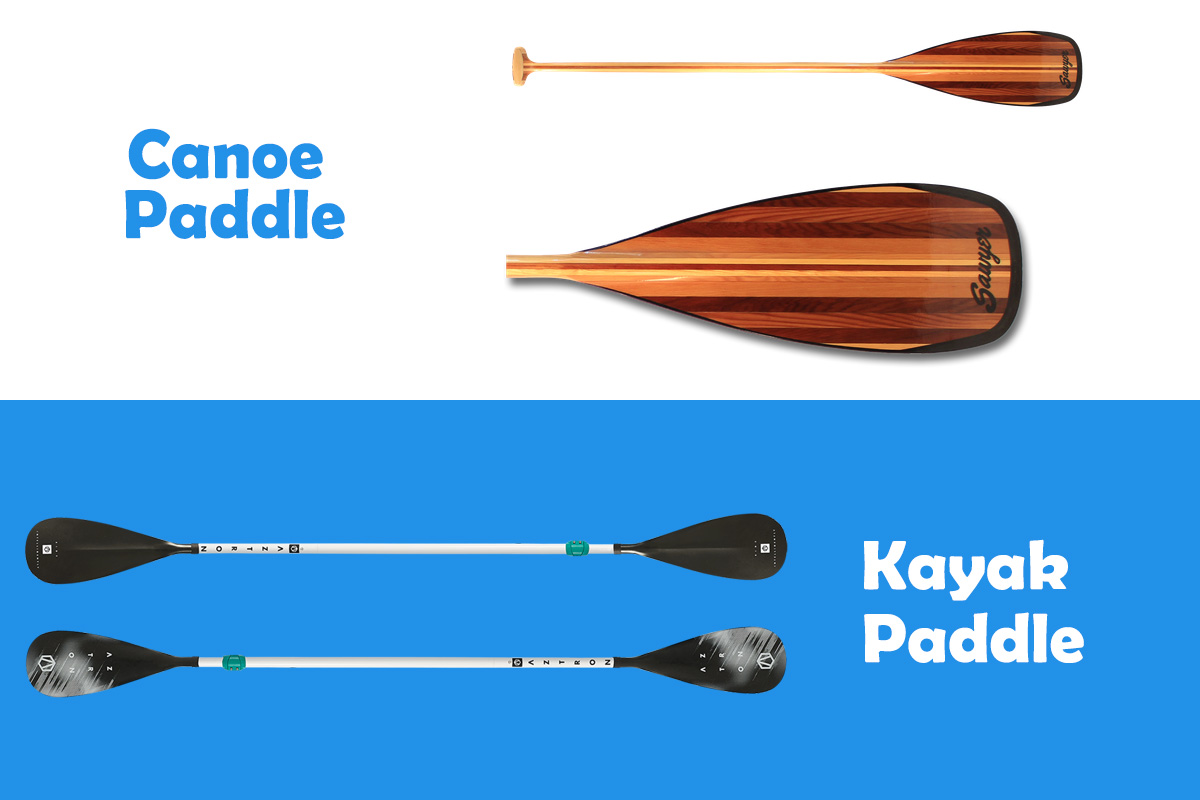 The main difference between a kayak and a canoe is the way they are propelled. Kayaks are steered by two-bladed oars, canoes by single-bladed paddle. That is, when steering, a canoe paddler uses a paddle with one blade alternately paddling on one side and on the other. Kayak oars, on the other hand, have two paddles. The paddler holds the paddle with both hands and alternates paddles on each side of the boat to move forward or backward.

A classic Sit-in kayak will have you sitting just lower water level with your legs straight forward (slightly bent at the knees) and your weight center just below water level or at water level, which increases stability and prevents the boat from wobbling. The Sit-On-Top type kayak will have you on an open platform. Your weight center is a little above water level, but this is offset by the width and shape of the Sit-On-Top kayaks. The design of Sit-On-Top kayaks makes them very stable in the water and virtually impossible to tip over.

As for canoes, the paddler’s center of gravity is located higher up compared to a kayak.

That’s why kayak is more convenient on open water, while the canoe is better suited for small rivers and lakes. Canoes are better in rivers and lakes because they can easily maneuver. 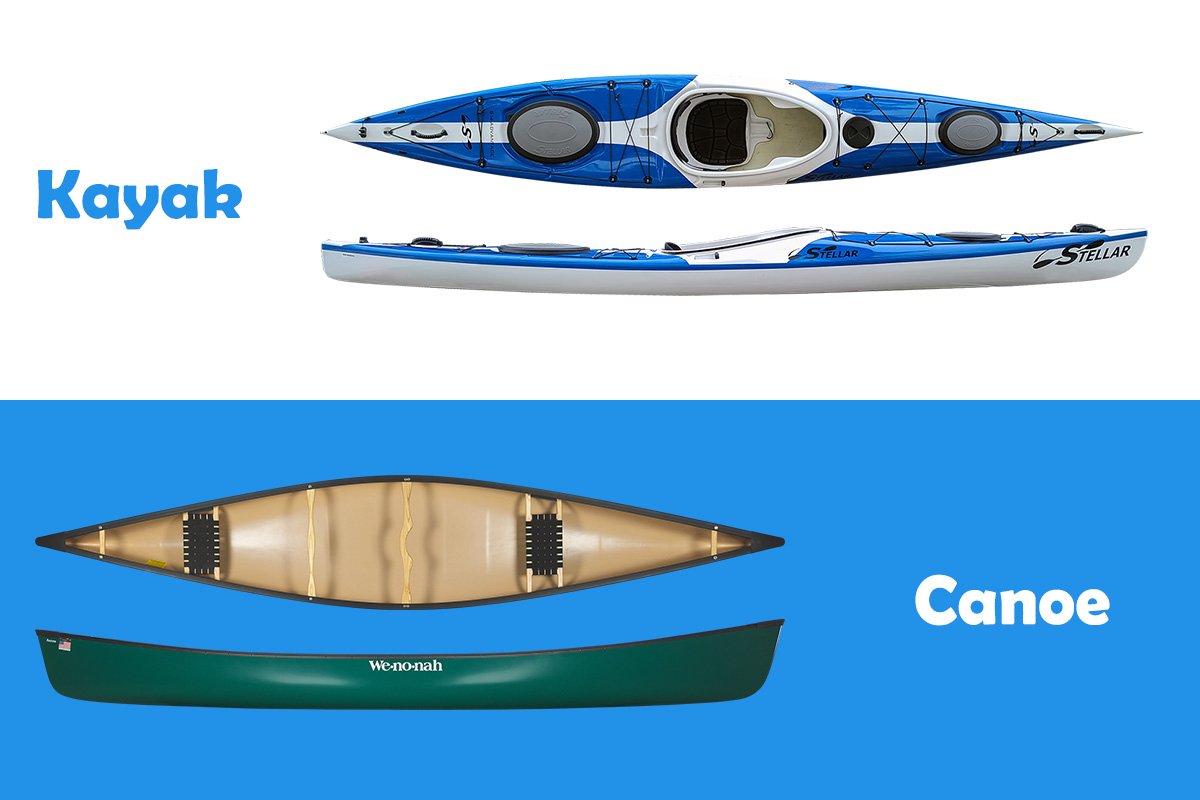 The basics of boat design are the same for both kayaks and canoes. One of the most notable differences between canoes and kayaks is that canoes have pointed ends both at front and back while kayaks have a sharp front while the back of the kayak is more curved.

There is a significant difference between the design of a kayak and that of a canoe. The bottom of a Sit-On-Top kayak is round, while canoes have flat bottoms. As for the cockpit area, it’s open in a Sit-on-Top kayak while it’s closed in a traditional canoe.

Wider boats behave more steadily and narrowboats move through the water with less effort. Width must be balanced with boat length and seat height. Canoes tend to be wider than kayaks because their seats are set higher than the bottom of the hull. Recreational kayaks are wide for maximum stability. Tourist kayaks are narrower and move more efficiently through the water.

Both types of vessels are available in different types and designs. They are manufactured with either a solo or double cockpit for carrying one or more people on board. But a canoe is usually longer than a kayak and can carry more weight as compared to a kayak which is rather light in weight. There are both full-sized canoes and kayaks, as well as smaller inflatable versions. The larger canoes are used for recreational purposes, while the smaller ones are better suited for fishing or exploring narrow rivers with rocky shores.

Kayaks often have larger cockpits and decks than canoes. That gives kayakers the ability to store additional items such as food, supplies, clothing, or even other people. If you do not mind getting your feet wet you should be able to get in and out of a kayak faster than a canoe.

In general, canoes can be either single-seaters or very large, while kayaks tend to be one- or two-seaters. 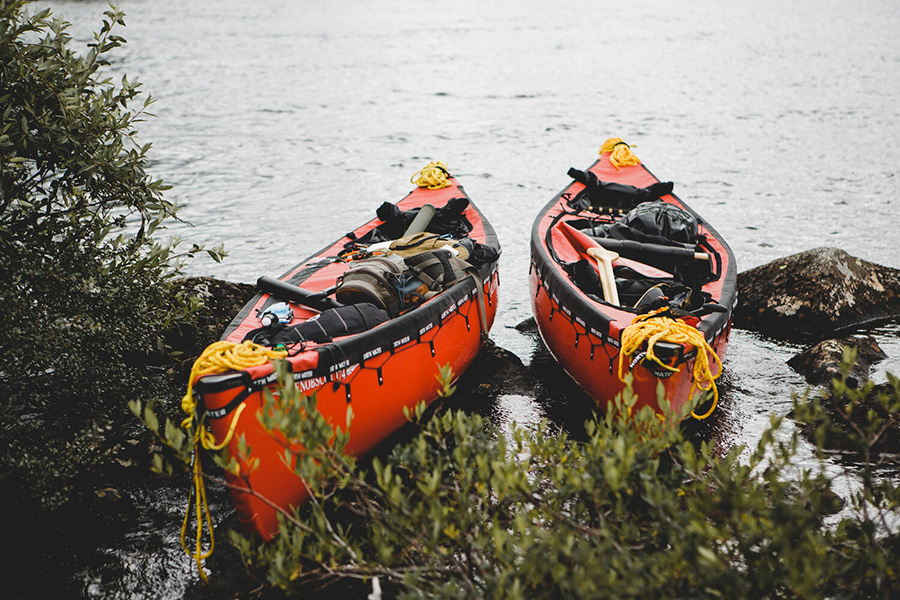 Cost varies depending on the type and materials used to manufacture these two boats. But in general, a canoe is cheaper than a kayak, especially when you compare canoes made of plastic to inflatable kayaks. Kayaks are generally more expensive because they have an internal frame and tough outer skin with reinforcements.

Canoe vs Kayak: What They Have in Common

There are kayaks structurally resembling canoes – these are sit-on-top kayaks, where the passengers don’t sit inside kayaks but are located on top of the kayak hull, i.e. above the water level.

Which is easier: canoe vs kayak?

Everyone copes differently, some people find it easier to kayak, some – to canoe. But from practice, it’s worth noting that for most people steering a single paddle on a less stable canoe (compared to a kayak) is more difficult than paddling a double paddle on both sides.

Most people figure out how to get the kayak moving in the right direction fairly quickly. The main thing is that they get over the fear that the kayak will tip over (no). Moreover, some kayaks have rudders that allow you to steer the boat with your feet while you paddle forward. This makes it easier for beginners to learn to kayak. Given that kayaks are less affected by wind and waves, it is safe to say that steering a kayak is easier than canoeing.

Both types of these boats are great for recreation, travel, extreme sports, fishing, or hunting.

You can fish in both canoe and kayak, but the location of your trip usually determines which one you’ll use.

In general, the canoe is a more traditional watercraft for fishing. It is also a good choice for tandem fishing because it offers more space and more carrying capacity. It also has more space and seating options. But many people also prefer fishing kayaks. These are usually special kayaks for comfortable fishing on most types of bodies of water.

They are equipped with rod mounts, as well as paddle locks, a small anchor, fish containers, etc. These kayaks are often wide enough to stand in. Many models have pedal-operated foot drives that allow you to free your hands to throw and haul the fishing gear. These kayaks are usually heavy, so some anglers prefer to use more traditional recreational kayaks. Inflatable kayaks are also suitable for fishing sometimes. And despite the paddler sits aren’t so comfortable for longtime fishing as in canoes, but instead, you will sit inside kayak and feel warm and dry in any weather.

For family: Canoe vs Kayak?

When it comes to tandem and larger sizes of watercraft, all the benefits and drawbacks of canoes and kayaks are maximized.

One disadvantage of tandem kayaks is that bow and stern paddlers must coordinate to avoid colliding paddles. This issue disappears in long cruising models with plenty of space between cockpits, but in most tandem kayaks the issue is relevant.

Tandem canoeists sit far apart in the boat and usually use single paddles, rowing on opposite sides, so there’s no need for perfect synchronization.

All of these factors combine to give an advantage to tandem paddling canoes, especially for families with children or pets.

Canoes have more carrying capacity for gear, children, and pets. But kayaks are better in the wind and waves than canoes.

So, to decide whether a canoe or kayak is better for you, decide what kind of outfit you plan to take on your water trip. Consider also the fact that boats are available for different purposes. There are sport models of kayaks for slalom (Olympic sport), freestyle, rodeo.

What about different types of watercraft? 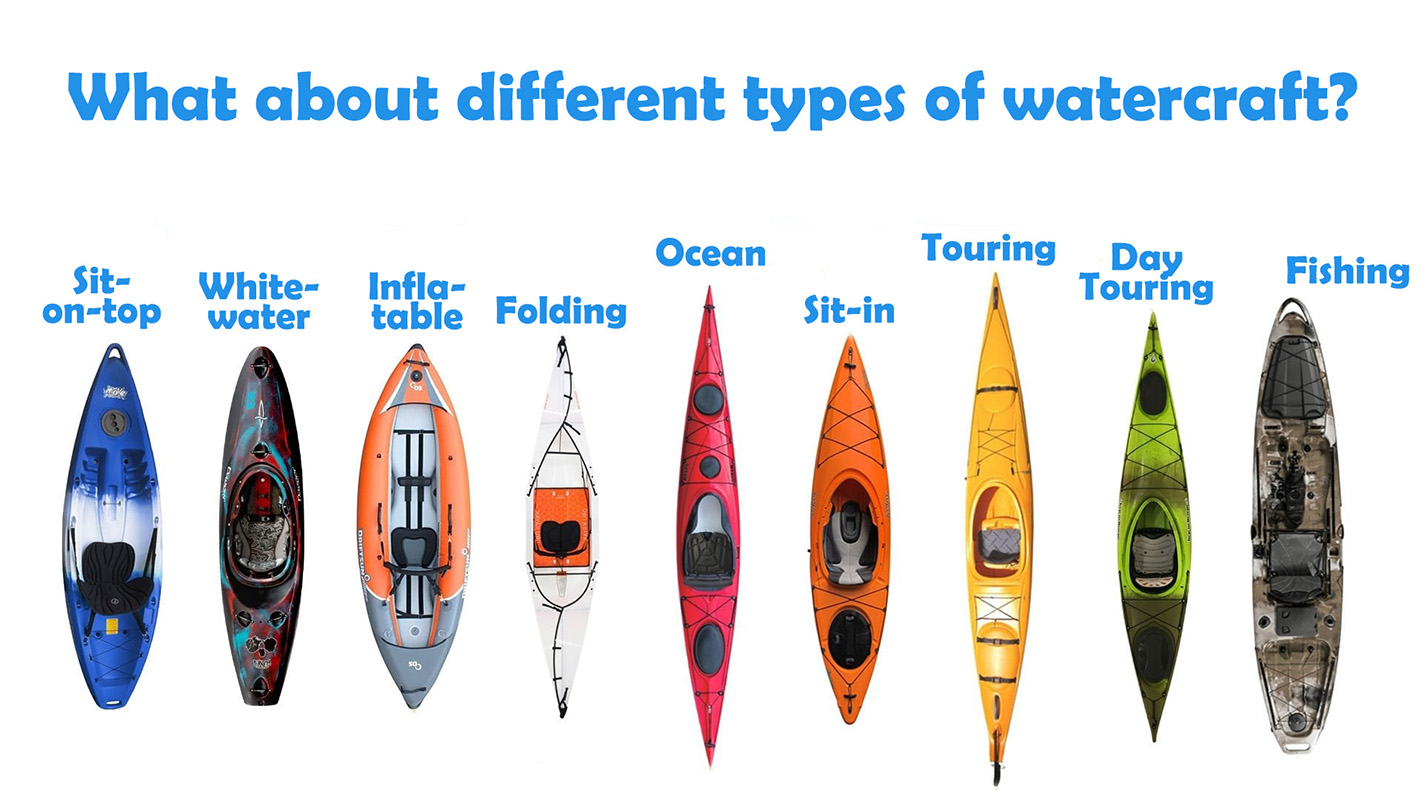 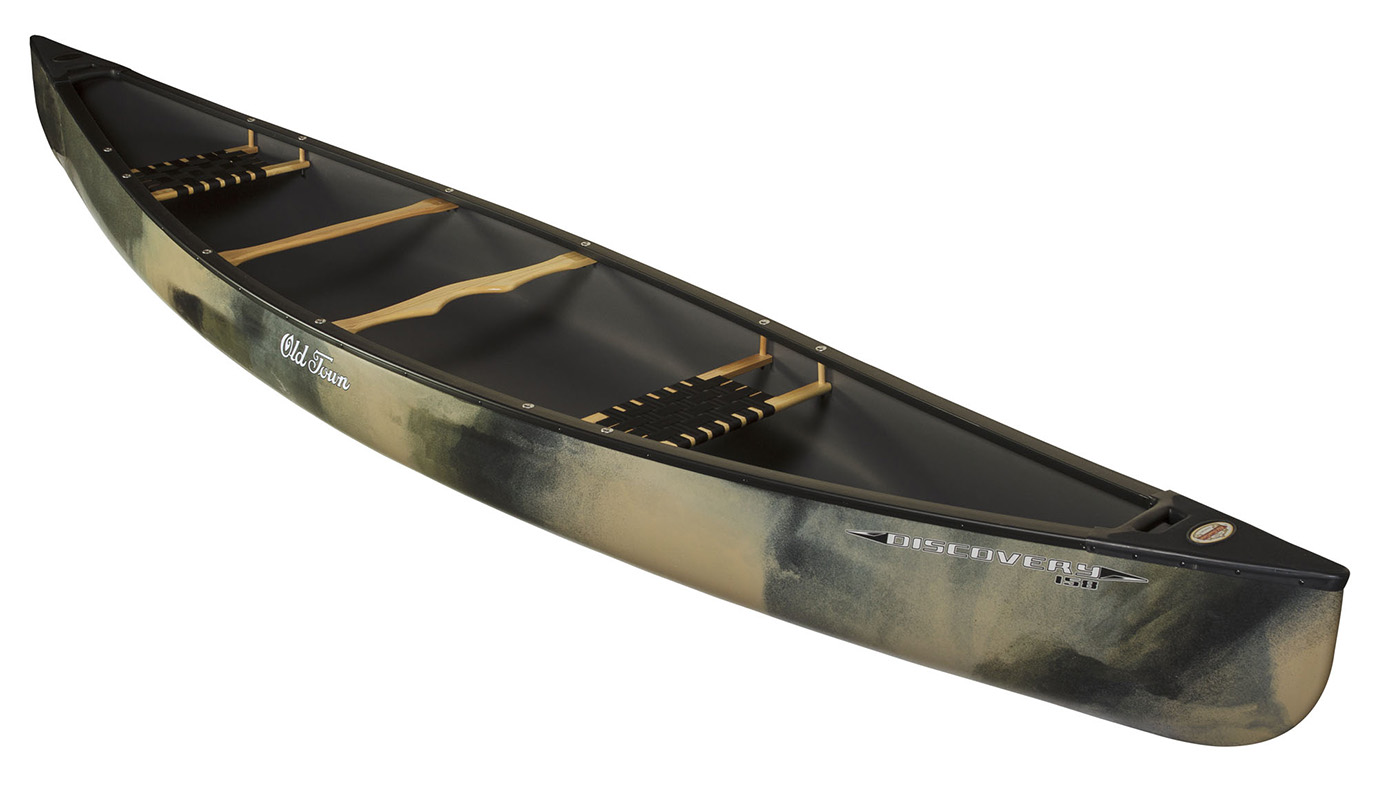 Recreational canoes are basically very stable boats. They are used for fishing, hunting, family fun, or just spending time on the water. A canoe is better than a kayak when you are looking for a boat that can hold more weight, which is often the case if you want to carry your equipment along.

These are much more sophisticated canoes built for rivers. They are sturdier, heavier, and wider than recreational canoes. They also have a different design in order to glide through white-water rapids without capsizing or getting stuck in the rocks. These boats are extremely fast but less maneuverable. Paddling is much harder for beginners. It’s also harder to transport a whitewater canoe than any other type of canoe or kayak. However, most people who buy it have already had prior experience with paddling and know exactly what they’re getting into. 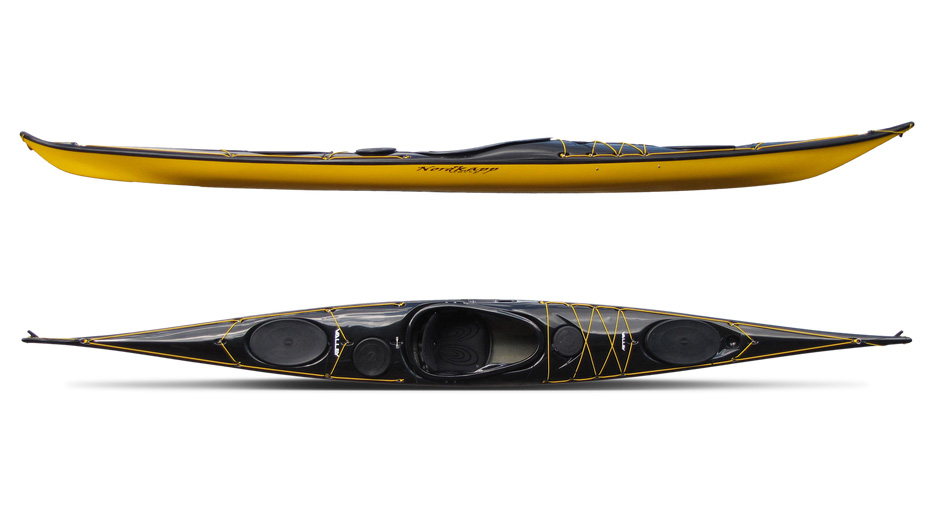 Sea kayaks are a class of kayaks that are designed and maximally adapted for use on big open water (sea, ocean, big rivers, reservoirs). They can easily overcome even big ocean waves or surf zone.

Racing kayaks are very narrow and designed for speed. It requires a lot of experience and strength to paddle, especially for beginners.

Recreational kayaks are for fishing, paddling, or just spending time on the water. You can buy special models designed specifically for fishing. These kayaks are often wide enough to stand in. Many models have pedal-operated foot drives that allow you to free your hands to throw and haul the fishing gear.

General kayaks are not designed for any specific purpose. They are good for beginners to get used to paddling or for temporary use on flat water. You can find these models in every sports shop. They are cheap but sturdier than other types of recreational kayaks. 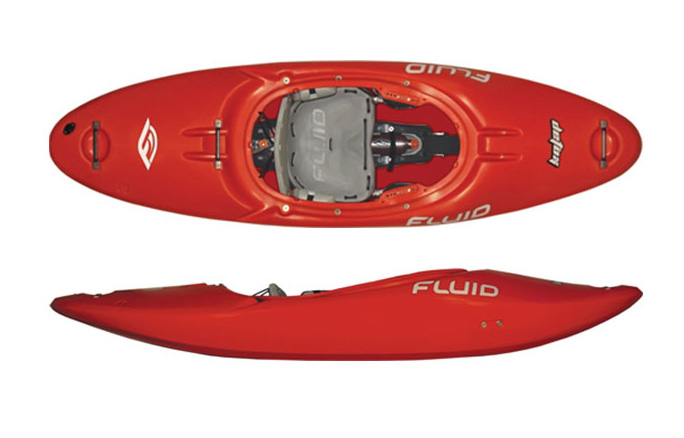 Whitewater kayaks are much heavier and sturdier than recreational kayaks. They are designed to withstand high impact with rocks, to keep water out without a sealed cockpit, and to be safe enough in white-water rapids. 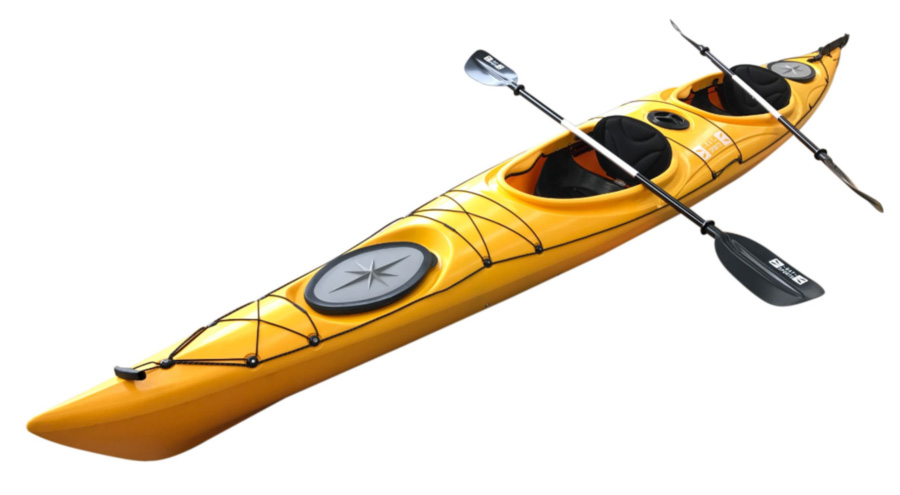 A touring kayak is a popular choice for paddling long distances on open water or even in rivers. These boats usually have large cockpits and are much more stable than other types of kayaks. They also sit higher above the water surface, which makes them easier to handle.

The answer to the question of whether a kayak or a canoe is better depends on many factors. Choosing the right boat depends on how you plan to use it and what features are most important. You have to consider all the conditions in which you will operate your watercraft. For example, if your body of water has a strong wind, it is better to take a kayak. The sailiness of a canoe can make it difficult to steer in strong winds. If you want to go for a safari or fishing, choose a canoe. If your destination is the sea, choosing a kayak. In short, if you are looking for maneuverability and stability – chose a kayak. But if you need to carry more equipment with less effort – chose a canoe.

There is no simple answer to the question of which is better – a canoe or a kayak. So if you look in the garage of an avid water walker, you’ll often find both.