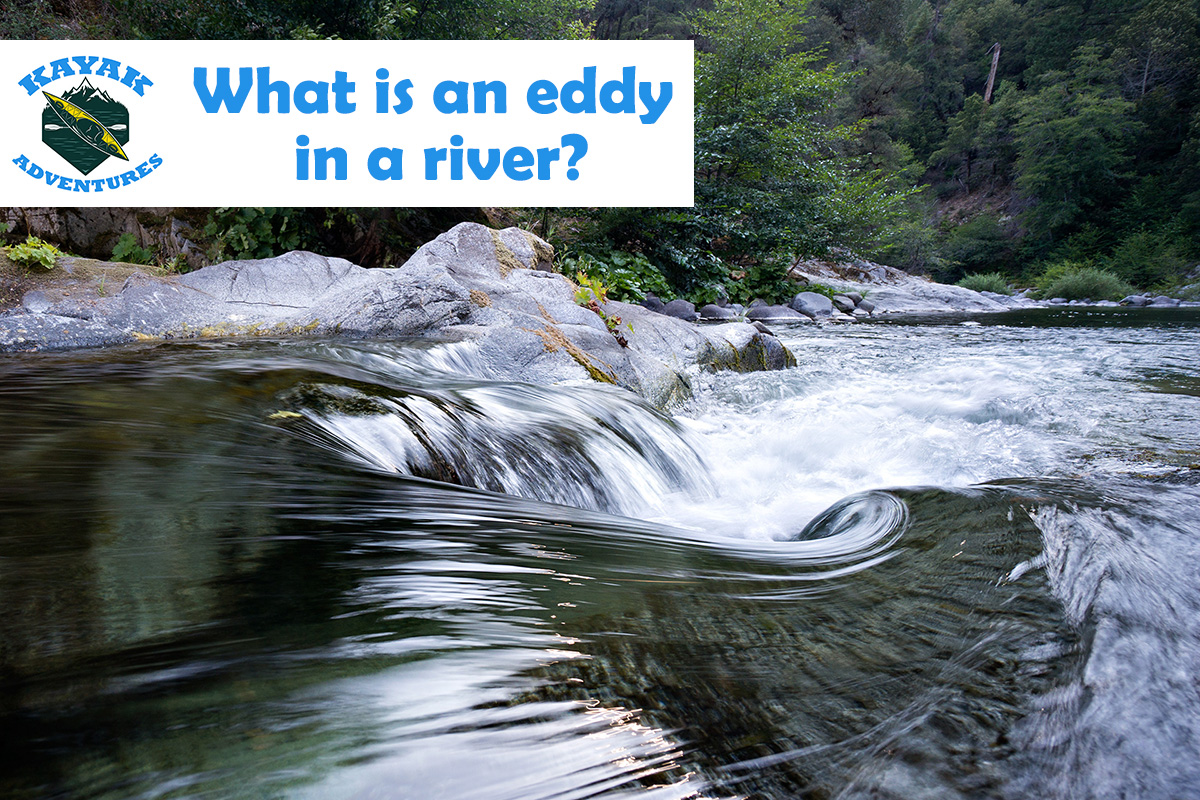 What is an eddy in a river?

A huge funnel in the center of a mass of water spinning at a huge speed, grabbing and dragging not only careless people but also boats and huge ships to the sea (river, ocean) bottom. The whirlpool brings death and destruction to all who are unlucky enough to get caught in it.

Such are the properties, at least according to the fiction, of the whirlpool. In reality, everything is not as terrible as it seems at first sight, because the scale, as well as the dangers of such a phenomenon, are greatly exaggerated.

An eddy is a circular current of water. 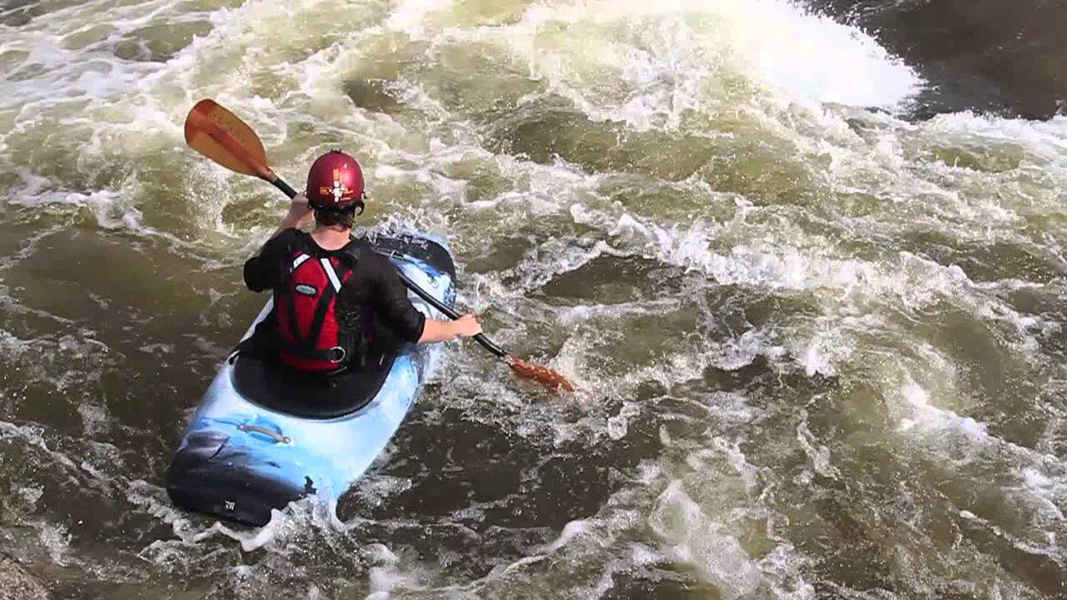 River eddies are pools of water close to the banks of fast-flowing rivers, where the current in the water eddies. The eddies are formed because water is not flowing straight past this point, instead, it detours around small whirlpools that are slower than the main body of stronger current. These eddies are calm little areas where people can get into to swim or relax for a short period before rejoining the river’s main flow further downstream.

The eddy is formed due to eddying currents which are faster than usual, either because there’s a sharp change of direction or because of high water levels. eddies can also happen when whirlpools occur along with eddying currents for a few moments causing a deep pool at the bottom with incredibly strong eddying currents.

The eddy forms on the lee side of a rock in the stream because there is less velocity and turbulence on this side so eddying occurs here. Eddy can also form behind any permanent obstruction e.g.: bridge pier which may have some additional force holding it back. eddy forms on the side of the stream where velocity may be reduced to zero for a short time duration i.e.: no motion occurs in an eddy or it can also form downstream of any new obstructions whatever they are e.g.: fallen trees, rocks, etc.

Eddy lines are formed when eddying occurs on a straight section of a river. eddy line is the line that the water follows while eddying. If eddying lasts long enough, it forms an eddy that would be circular in nature and perpendicular to the main current flowing downstream, with its center near or at the end of the eddy line. 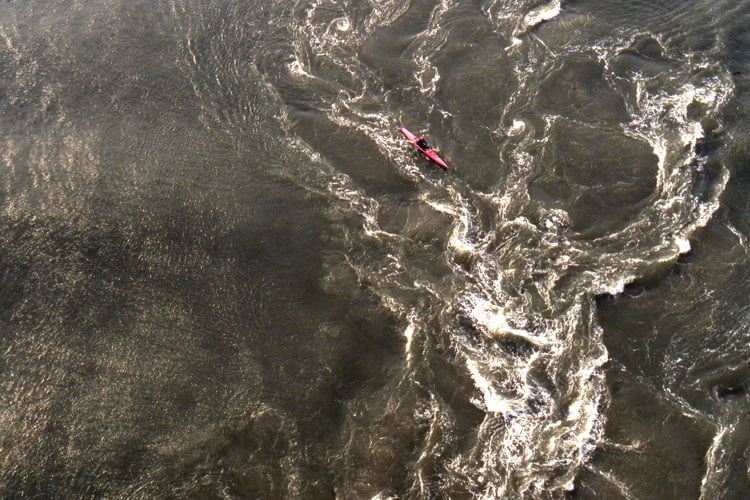 Whirlpool is a larger version of an eddy, which has a more powerful force than an eddy because it occurs on sections where flow is faster i.e.: sections closer to the mouth of the river but still inside the current boundaries between converging currents (the mouth region). Whirlpool is also formed by rotation, hence they are mostly found in large rivers with fast-flowing currents. eddy lines form parallel to the eddy line, with eddies spaced every so often along with the eddying current. Whirlpools are larger than eddies, usually, they are deeper than eddies and always they are more powerful than eddies.

Types eddy in a river.

An eddy is either a “stationary eddy” or a “moving eddy”. Stationary eddies occur when the eddying flow is extremely slow. In this case, the water of an eddy remains in place and doesn’t mix with the main flow. Moving eddies on the other hand occur when eddying currents are faster than usual. The eddy line intersects with the main current, which causes the water to mix and move around within itself as well as towards the downstream direction.

What type of eddies forms first?

Where would you find an eddy in a river?

Eddies can be found on any section of a flooded river where eddying currents happen due to some obstruction in the water flow. eddies are also formed downstream from these obstructions, usually eddies form on the opposite side of the obstruction from the main current while eddy lines form upstream from an obstruction forming eddies on either side of it. eddy is formed mainly because its waters must move faster than usual to retain equilibrium with the surrounding fluid which happens when there’s a change in direction of motion e.g.: flowing toward the left then suddenly going right.

What happens to the eddy line in a river? 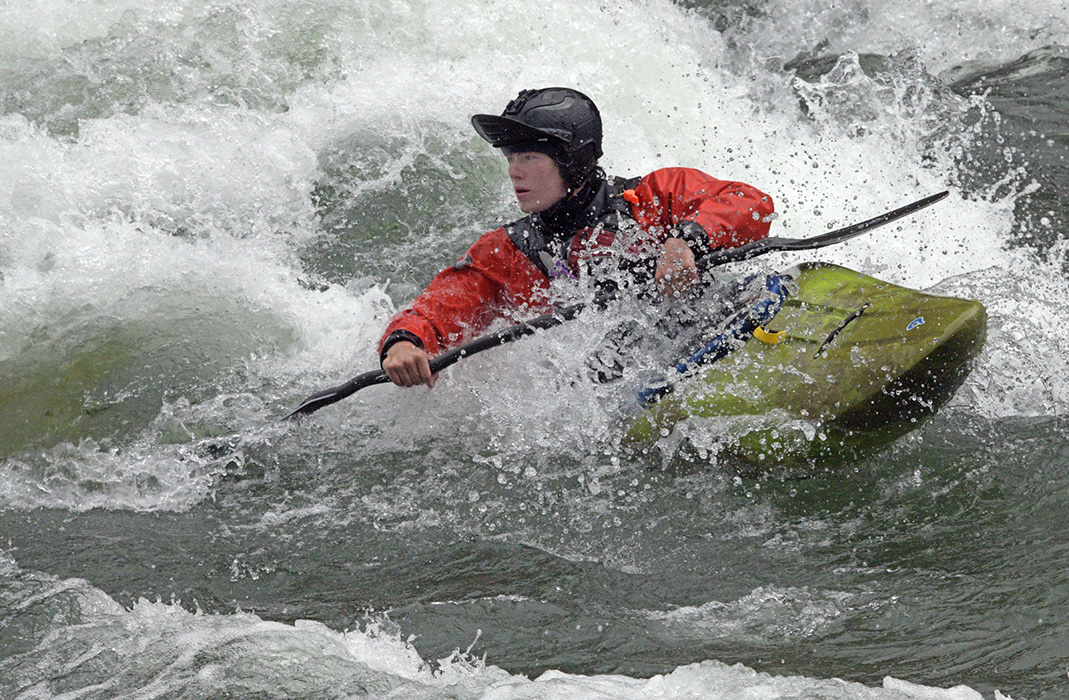 Eddy lines of a river are where eddying currents happen because the water flows faster on one side of its path of motion e.g.: flowing toward the left then suddenly going right. The eddy line intersects with the main current, which causes the upstream flow to slow down while the downstream flow speeds up. This results in alternating current speeds along the course of the river (alternating slow/fast flowing speeds).

What happens to eddy in a river?

Eddy is formed due to eddying currents which are faster than usual, either because there’s a sharp change of direction or because between fast and slow) which forms eddies on either side of it. eddies can also happen when eddy lines form on either side of an obstruction. eddy is formed mainly because its waters must move faster than usual to retain equilibrium with the surrounding fluid which happens when eddying currents are more powerful than eddies (eg: whirlpools).

What happens if you fight the eddy in a river?

If you try and swim upstream against an eddy, you won’t be able to progress very far before reaching the limits of where the eddy has taken you. eddies tend to pull us downstream so swimming upstream means swimming against it no matter how hard we push/kick/swim upstream. Fighting an eddy will only exhaust any person who tries to do so, but they might manage to go a bit further before eddy beats them back.

What happens if you swim with an eddy in a river?

If you find yourself being carried along by an eddy, the eddy might let you drift for a bit but it’ll eventually work itself out and carry you downstream again.

The way this is done is that eddying currents pull the person downward until their legs touch the bottom of the river then eddying currents push upwards (from below) which makes it harder for any person to stay afloat and they end up going downwards again with only their head sticking out of water.

Swimming against an eddy is pointless because eddies naturally pull us downstream so swimming against it makes no progress at all and we’ll only exhaust ourselves when eddy beats us back downstream. eddying currents pull any object in their waters until the object touches the bottom and edding currents push objects upwards (from below), making it harder for anyone to stay afloat and they end up going downwards again with only their head sticking out of water.